It’s been one year since Dr Meaker released their critically acclaimed album ‘Dirt & Soul’ on Circus Records. The album went straight to Number 3 on the iTunes electronic chart and was the Number 1 selling Drum & bass album in the World on it’s release, gathering support and respect from across the Globe.

Since that bomb dropped Bristol’s most exciting live D’n’B act have been touring the World with their own unique take on the Bristol Sound.

Besides touring, the collective have been back in the studio to rework ‘Dirt & Soul’ with some of their favourite producers. The name and design of the album is “Dirt & Soul – Collaborated”.

Dr Meaker’s producer Clive went into the studio with the scenes best and brightest… Break, Voltage, Serum, Macky Gee, Digital, DJ Marky, Aries, Octo-Pi, Terrahawk, Jasper Atlee and Circus Records’ very own Umpire to re-approach each of the songs with a view to re-energising them for the dancefloor.

Collaboration is the key point here, combining forces to make new and exciting versions of what have proven to be classic songs from the heart and soul of Bristol.

Each collaborated remix contains maximum vibes. You can literally hear the merging of each producers signature sounds to make versions guaranteed to lay waste to every dance floor, festival tent and main stage across our planet Earth.

The first single from the album is a collaboration with Brazil’s Dj Marky. “Dr Meaker – Deep In My Heart ft. Lorna King” will be out mid December, so keep your eyes peeled and ears to the ground.

You can catch the Dr Meaker and Dj Marky collaboration remix of “Deep In My Heart ft. Lorna King” when you tune in to the Infidelity Records Show, Ujima 98FM, Saturday 2nd December 10pm -12am.

To check out some of TerraHawks previous remix work, see the official release playlist below …

The 4th and final track from Altered Perceptions Isolate EP is now up online, we see the release come out exclusively on Beatport this Friday, Worldwide release 17th March. We will post all details of support and a full list of buy links on release day so keep your eyes peeled on our blog.

We value your opinion on our releases, so let us know what you think.

To keep up to date with our forthcoming releases and general releases from the D&B World, catch our monthly podcast 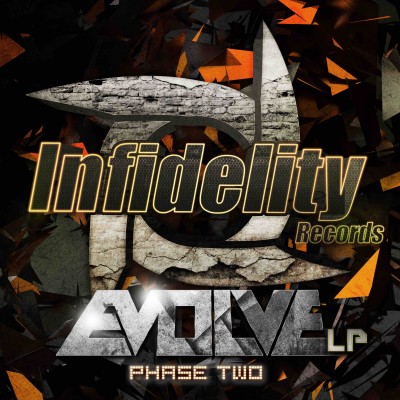